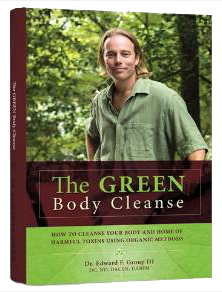 The Green Body Cleanse, by Dr. Edward Group, III, is the most comprehensive I have read on the subject of detoxifying the body. Dr. Group believes that most disease originates in the gut, an opinion shared by many natural health practioners who understand that the gut is much more than just an organ of digestion and elimination. 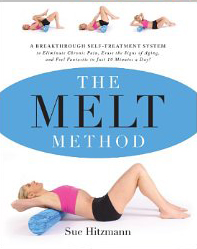 Sue Hitzmann’s The Melt Method is a perfect example of innovation in healthcare coming, not from the mainstream medical establishment, but from an individual in the private sector responding to her own personal health challenge.

In her role as a fitness expert, personal trainer and therapist, Ms. Hitzmann was injured, causing her to pursue a course of study and research that took her to an advanced understanding of neurophysiology and the role of the skin and fascia as an extension of the nervous system and part of the body’s energy conduction network.
Read the full review…

Seeds of Deception: Exposing Industry and Government Lies About the Safety of the Genetically Engineered Foods You’re Eating
by Jeffrey M. Smith.

GMOs (Genetically Modified Organisms) and genetically engineered foods have become one of the biggest dangers and greatest threats to life on earth today. Seeds of Deception: Exposing Industry and Government Lies About the Safety of the Genetically Engineered Foods You’re Eating by Jeffrey M. Smith, provides the best, most comprehensive discussion I have read on the vital subject of GMOs and Genetically Modified Foods and their dangerous effects on human, animal and planetary health. It is a must read book for anyone concerned with the health of our world and the survival of life on this planet.
Read the full review…

Could It Be B12?: An Epidemic of Misdiagnoses by Sally M. Pacholok and Jeffrey J. Stuart

Every Chiropractor Needs to Know How to Diagnose and Treat Vitamin B12 Deficiency.

The authors of this book, Sally M. Pacholok and Jeffrey J. Stuart, urge doctors to order the simple and inexpensive blood test for serum B12 levels in all cases where the symptoms indicate the possibility of deficiency. However, they caution doctors to be very careful in their interpretation of the results of standard test for serum B12 levels. They point out that the currently accepted laboratory standard for what constitutes a normal level of serum vitamin B12 is in fact woefully inadequate, and insist that the currently accepted number for the low end of the “normal”range is much too low, just a fraction of the amount necessary to support optimal health and prevent a whole array of conditions directly attributable to B12 deficiency.
Continue reading…

In Holographic Healing: 5 Keys to Nervous System Consciousness (Volume 1), Dr. George Gonzalez sets a new standard in the field of neurology. He demonstrates an essential understanding of the brain and nervous system that reaches far beyond that found in all of the courses I have taken and books I have read on the subject.
Read more…