Interviews with the Professionals

Interviews with the Professionals

Sally Pacholok, Co-Author, Could it be B12? An Epidemic of Misdiagnosis

Could it be B12? An Epidemic of Misdiagnosis, by Sally Pacholok, and Jeffrey J. Stuart is one of the most important books I have read in a long time. It is one that should be read by every doctor and health care professional regardless of specialty. It will change and save lives as the information it contains dictates new standards of care.

Sally Pacholok, R.N., and Jeffrey Stuart, D.O., have done an incredible job of assembling a wealth of information and have provided extensive scientific documentation to back up every assertion that they make. Read the full interview…

The hot topic for men these days seems to be Low Testosterone. In the men’s health magazines, on the radio, on TV, in the news and the commercials, everybody is talking about “Low T.” They are either advertising a product to treat “low T” — or soliciting those injured by side effects of the drug treatments to participate in class action law suits.

There is no doubt that low testosterone is a very real condition affecting more and more men these days. It is an important quality of life issue.

It became personal when, as I got into my late sixties I began noticing changes in my strength, endurance, moods and muscle mass. I had my hormone levels checked and decided it was indeed an issue for me.

I decided to explore natural ways of boosting my own testosterone levels and discovered the book, The Testosterone Switch, by Dr. Kyl Smith. Read the full interview…

I must admit to being a Chiropractic Chauvinist for most of my career. This caused me to study and become proficient in numerous Chiropractic techniques and methods of analysis to be assured of my capability of detecting and correcting the vertebral subluxation complex. I did not consider the idea of pursuing the study of any non-Chiropractic discipline. This included Acupuncture, even though I knew that anything that’s been around for thousands of years must have validity. I knew that there were a number of post graduate programs offering certification for Chiropractors, but I had no desire to study it. “I’m a Chiropractor, let the Acupuncturist do Acupuncture,” was my attitude. That has changed since I was introduced to Dr. John Amaro. Read the full interview…

When it was suggested that I do an interview with Applied Kinesiology practitioner and instructor, Dr. Eugene Charles, I was hesitant to accept the assignment. Of all the well known chiropractic techniques, Applied Kinesiology (AK) was the one in which I had the least interest. Throughout the years I had seen numerous demonstrations of what had been represented to be A.K., and to be very candid, I was not favorably impressed. The various demonstrations I had seen gave the impression AK was a magic act with “sleight of hand tricks” as one might see performed by an illusionist in a Las Vegas show. Read the full interview…

I first became acquainted with Dr. Creed in 2003. I had recently returned to practice after 4 years on disability from injuries resulting from simply working too hard. I was told that I should not practice again or risk doing more damage to my already permanently injured spine. The problem was that I love practicing chiropractic, but I needed to modify my technique approach to be easier on my body and allow me to practice without re-injuring myself. Read the full interview…

Dr. George Gonzalez is a chiropractor based in Los Angeles, California. He has developed a patented systematic process for evaluating and correcting the nervous system, called Quantum Neurology® Rehabilitation. (http://www.quantumneurology.com)

He has been a consultant for many companies, and has lectured to thousands of doctors worldwide. Additionally, he continues to treat amateur and professional athletes, and acts as a consultant to doctors serving professional sports teams. He has lectured on his revolutionary concepts internationally since early 2000. Read the full interview…

Dr. Brian believes in meeting a patient at their model of the world. This is why Dr. Brian offers both guarded care (once a week for one year, with re-examinations every twelfth visit then post x-rays at end of the year) and relief care (three times per week until you indicate you are better with re-examinations every twelfth visit), for those not interested in corrective care. This allows patients to learn and grow at their own pace. While adhering to his traditional roots, he also takes advantage of modern technology by utilizing instrument adjusting in conjunction with manual and drop table techniques. Read the full interview… 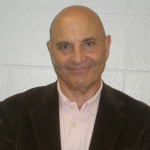 Dr. Leslie Feinberg is a pioneer in what he calls “Informational Medicine.” His quest has taken him into realms of science and human experience that make most people’s head spin: Quantum Physics and Quantum Mechanics, the time space continuum, the nature of matter and energy, thought and consciousness.

What in the world has this got to do with Chiropractic?

Perhaps everything — if you subscribe to the idea that the primary role of Chiropractic is to correct the cause of DIS-EASE. Read the full interview…

Dr. Dennis Woggon – I Want To Change The World

Dr. Dennis Woggon has been an outstanding chiropractic researcher, author and teacher for more than three decades.

Throughout the years, he has worked tirelessly to advance the science and art of chiropractic. Having known Dr. Woggon since 1976, it gives me great pleasure to have the opportunity to interview him and share his story with the readers of The American Chiropractor.

Dr. Dennis Woggon is the founder of CLEAR Institute, a nonprofit organization with a goal of providing the chiropractic and medical communities with an effective system of chiropractic scoliosis care without the use of archaic braces or invasive surgery. Read the full interview…