Interview with Dr John A Amaro

Interview with Dr John A Amaro

I must admit to being a Chiropractic Chauvinist for most of my career. This caused me to study and become proficient in numerous Chiropractic techniques and methods of analysis to be assured of my capability of detecting and correcting the vertebral subluxation complex. I did not consider the idea of pursuing the study of any non-Chiropractic discipline. This included Acupuncture, even though I knew that anything that’s been around for thousands of years must have validity. I knew that there were a number of post graduate programs offering certification for Chiropractors, but I had no desire to study it. “I’m a Chiropractor, let the Acupuncturist do Acupuncture,” was my attitude. That has changed since I was introduced to Dr. John Amaro.

John A. Amaro DC, L.Ac., FIAMA, Dipl.Ac. (NCCAOM), Dipl.Med.Ac., is an internationally known author, lecturer and practitioner. He began his practice of Acupuncture and Chiropractic in 1971. He has led 13 diplomatic Acupuncture study tours of The People’s Republic of China escorting more than 500 doctors and practitioners. He has personally studied acupuncture in nine separate Asian nations. He is the founder and president of the International Academy of Medical Acupuncture which has taught Acupuncture to more practitioners than any other organization in North America. The list of all of his credentials is too long to print in this article, but I would urge the reader to visit http://www.emi4.com/bio_dramaro.php.

Acupuncture is the major difference between Dr. Amaro’s and my practice, but the hours we spent talking have convinced me that contrary to my former opinion, there is a high degree of compatibility between the two disciplines, and that there may in fact be a synergistic relationship in which together they might provide a better patient outcome than either could do individually. I am now open to that possibility without feeling like a traitor to my Chiropractic roots and philosophy. I think you will see why when you read my interview with Dr. Amaro.

KOCH: John, I’ve read your bio and spent some time looking at your websites. I see that you are a 1969 graduate of Cleveland Chiropractic College in Kansas City. That makes you and me a couple of the “old timers”. I found it interesting to see that you began your study of Acupuncture very shortly after your graduation from Chiropractic school. Most of us knew little if anything of Acupuncture in the early 1970s. How did that happen? 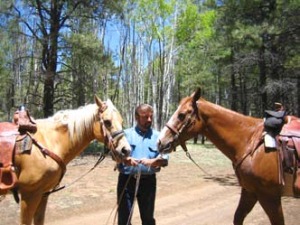 AMARO: As you know Bill, Cleveland was as straight a Chiropractic school as Palmer, but I had the advantage of an uncle, Dr. Scopel who was a turn of the century M.D. and Naturopath as well as a Chiropractor who graduated from the Palmer-Gregory School of Chiropractic which was founded by Dr. D.D. Palmer and Dr. Elva Gregory in Oklahoma City. Dr. Scopel also attended The Carver School of Chiropractic, also in Oklahoma City. Most people today don’t even know that those schools ever existed.

When I was in Chiropractic school, my uncle was already an old man, but boy was he a character! My friends and I loved to visit with him and listen to his outrageous stories. He entertained us, but we listened very carefully because he was also teaching us some very important lessons. You can imagine, with a background in Medicine, Naturopathy and Chiropractic, he had some interesting perspectives and opinions. I learned a lot from him and was privileged to inherit his library.

Among the many books in his library was D.D. Palmer’s 1910 textbook. In it he makes reference to Acupuncture by name. We wouldn’t hear of it again until 1971 when Pres. Richard Nixon opened relations with China and NY Times columnist James Reston wrote an article about his experience of having surgery there with only Acupuncture for anesthesia. That really opened a lot of people’s eyes and piqued the interest of many others.

KOCH: You are quite a Chiropractic historian and are very fortunate to have had Dr. Scopel as an early influence and mentor. I guess his influence and broad range of experience caused you to be more open to things like Acupuncture than many of us were.

AMARO: I was indeed fortunate. I didn’t study Chiropractic history, I lived it. I was in the right place and around the right people. In the early seventies I was living in Kansas City. Because it is the geographic center of the country, the earliest courses in Acupuncture were held there to make it easier for doctors from all areas of the country to attend. Thanks to my uncle I knew that Acupuncture had great value. And I was right there– so I took advantage of the opportunity.

I soon found that Acupuncture and Chiropractic were philosophically the same. Both are all about restoring the energy balances of the body. They are very compatible and work well to enhance the effects of one another.

KOCH: That is very interesting. Many years ago I heard that Acupuncture, as it is traditionally practiced in China, included some form of spinal adjusting as an integral part of the procedure. Is that true?

AMARO: Absolutely, it is, in fact, one of the four major components of acupuncture, the others being the stimulation of certain skin points on the body using a variety of methodologies, of which needles are only one. Then there is nutrition including the use of medicinal herbs for specific conditions. The fourth is the spiritual.

KOCH: Now I know why you said that Chiropractic and Acupuncture are so compatible. John, in our previous conversation you made a direct comparison between Acupuncture and upper cervical or HIO Chiropractic. Could you explain that?

AMARO: You are going to love this, Bill. We both studied the neurophysiology of the spine and its connections to the major organs and systems of the body. Beyond that we learned of the great importance of the occiput and its relationship to the atlas and axis. Right?

KOCH: Certainly, they play a dominant role both neurologically and biomechanically. That’s why HIO works. And no matter how well we adjust the rest of the spine, if we do not correct the relationship between the occiput, atlas and axis, other adjustments will not hold and the patient will not get better. But, when we do, miracles happen.

AMARO: Exactly. Now here is the thing that blew me away. I began studying Acupuncture in 1971 and graduated in 1973 through The Columbia Institute of Chiropractic. This was one of the first courses to offer Acupuncture certification in the USA. The amazing thing is that Acupuncturists have an equal appreciation of the importance of the upper cervicals as you and I – But they have known about it for 3,500 years!! Look at the etching I’ve sent you. The original was carved on a tortoise shell in China 3,500 years ago. They understood way back then, the cervical connections to meridians and acupuncture points as they relate to the major organs and systems of the body.

KOCH: Now I know why you said that you never had a transition from Chiropractic to Acupuncture. You see them as the same in principle.

AMARO: That’s right, I am a straight Chiropractor first last and foremost. I adjust every patient who walks into my office—and I use Acupuncture because it works so beautifully with the adjustment, clearing and balancing the energies for optimal expression of the life force in the body. If I had to make a choice between practicing only Chiropractic or only Acupuncture, I would choose Chiropractic, no question about it.

KOCH: This is a real eye opener for me, John. Now I see a very clear picture of the synergistic potential between Chiropractic and Acupuncture. 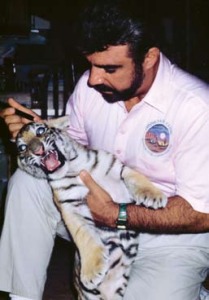 AMARO: I’ll tell you something else Bill, almost none of the Chiropractors who take my courses are what you would call straights. Hell, the straights won’t even read the articles I’ve been writing in The Dynamic Chiropractor for the past 26 years. But, here’s the really cool thing: Most of my students tell me that they learned more and gained a greater appreciation for Chiropractic in my Acupuncture course than they ever did in Chiropractic school!

KOCH: Wow, that’s really saying something! Talk about unintended consequences. Very exciting for those DCs to find out that Chiropractic really does work.

John, one of the things I was always bothered by, is the use of needles in practice. Now, I’ve learned that you actually stimulate some of these “Acupuncture energy points” without needles. Could you tell me a bit about that?

AMARO: One of the things I have been able to use is an ArthroStim®, which is a vibrating type of instrument that most chiropractors may use on vertebrae, to facilitate movement. I have actually used them to stimulate these energy points, and, Ed Miller, the owner of IMPAC, which manufactures the ArthroStim®, actually has designed and built a stylus with a soft pointed tip to be used to stimulate Acupuncture points. It works beautifully.

KOCH: Now you really did it. I have never wanted to use needles. That has been a big barrier for me. So are you telling me that Acupuncture can be practiced as effectively without needles through the ArthroStim®?

AMARO: Absolutely, you can stimulate Acupuncture points several ways. The ArthroStim® just happens to be very effective it is clean, non invasive, the patients love it, and you can legally use it in every State, unlike the needles. It doesn’t get any better than that.

You can also use a Laser. I was one of the first people in the U.S. to use them in Acupuncture and Chiropractic applications. I use and sell a great little laser/tens treatment unit. It works really well and you can’t beat the price.

Perhaps I can explain it this way: Acupuncture, like Chiropractic is a principle, not a technique. There are many techniques or ways to apply the principle.

KOCH: OK cowboy, I have to admit to being one of the DCs who wouldn’t read your Acupuncture articles, but I have to say the hours we spent talking have opened my mind. What was it you said about the frog in the well?

AMARO: There is an ancient Chinese saying: “The frog in the well knows not of the great ocean”.