Dr. George Gonzalez is a chiropractor based in Los Angeles, California. He has developed a patented systematic process for evaluating and correcting the nervous system, called Quantum Neurology® Rehabilitation. (http://www.quantumneurology.com)

He has been a consultant for many companies, and has lectured to thousands of doctors worldwide. Additionally, he continues to treat amateur and professional athletes, and acts as a consultant to doctors serving professional sports teams. He has lectured on his revolutionary concepts internationally since early 2000.

The story of how Dr. Gonzalez developed Quantum Neurology® Rehabilitation will serve as inspiration and example of what a man can do when motivated by passion and the need to help a loved one.

In his quest to help his wife, who had sustained an extremely painful and crippling spinal cord injury, Dr. Gonzalez was inspired to develop his amazingly effective neurological rehabilitation technique.

Here is my interview with Dr. George Gonzalez. 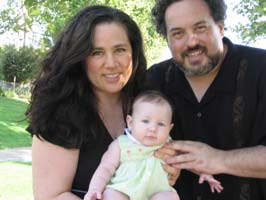 KOCH: Dr. Gonzalez, please tell our readers about your wife’s injury, because that is where your story begins.

GONZALEZ: Prior to her first treatment by a massage therapist, my wife warned her that she had a spondylolisthesis and that no work should be done on her low https://viagrawheretobuy.com/ back. Unfortunately the therapist ignored the warning. The result was the spinal cord injury known as a cauda equina syndrome.

KOCH: That’s a very serious injury. I have known a number of cases here in the Bahamas, as well as in New York, where massage therapists or physical therapists caused serious and sometimes permanent neurological injuries.

I can only imagine how upsetting it was for you and your wife, since a cauda equina syndrome usually requires surgical intervention.

GONZALEZ: You are right, Bill. She was in severe pain, unable to walk with numbness of her entire pelvic region and both legs. I desperately needed to help her, but to do so I had to expand my thinking and look beyond what we were taught and how we usually evaluate and treat the nervous system.

KOCH: So, your wife’s injury caused you to study neurology in a way that led you to uncover new ways of testing the nervous system to find weaknesses that were previously overlooked.

GONZALEZ: Yes, the discoveries I used to help her are now employed in Quantum Neurology® Rehabilitation.

KOCH: Do you use traditional neurological testing in your protocols?

GONZALEZ: Yes, traditional testing is important, and what I have learned through my research provides us with new ways of evaluation the entire nervous system. We evaluate how a stimulus can affect sensory, motor, visceral, autonomic and cranial nerve functions. I refer to this as NeuroExpression™.

KOCH: So you are looking at the way stimulus effects the global as opposed to the segmental nervous system. It would seem that you are tapping into the holographic way in which the brain and body record and react to stimulation and information. I like the term NeuroExpression™.

KOCH: How is your wife doing now?

GONZALEZ: Great, she has made a complete recovery. It took a long time, but I was charting new waters. Had I known then what I know now, it would have only taken a few months. That is how far we have come in our understanding of the testing and rehabilitation of the nervous system.

KOCH: That’s very impressive. It appears that you have discovered a unique way of assessing, testing and treating the nervous system. Tell me more about it.

GONZALEZ: That’s right Bill, I have discovered a way of uncovering hidden neurological weaknesses. The concept actually applies to all nerves. It allows us to develop a strategic analysis of where the nervous system is weak or failing. It is a system of muscle testing and corrections. I’ve found that a single neurological correction can make a big difference by itself, but a group of related corrections can make a huge difference in quality of life.

Let me give you a good example: Dr. Chad Wells, D.C., used Quantum Neurology® on a young woman with an injury she sustained as a cheerleader. Her left foot was completely paralyzed with the exception of her big toe. A single, 3-minute session using Quantum Neurology® testing and correction restored full function of her foot immediately. I know of nothing else that could have made that correction…much less, do it so quickly.

KOCH: That is the kind of result that all of us would like to be able to duplicate. Could we say that you have found a way of “unpeeling the neurological onion?”

GONZALEZ: Yes, that’s a good way of saying it. The best way I can describe it is as a neurology-based method of muscle testing. In other words, I test specific muscles controlled by single nerve roots. They are specific nerve tests which provide you with a very good window into the function of the nervous system at that level. My procedure is to test every nerve available for testing. They are mostly in the cervical and lumbar areas. When a weakness is found, a corresponding neurological correction is made.

KOCH: How do you make your corrections?

GONZALEZ: Corrections are mainly done with an ArthroStim™ instrument. I teach manual techniques as well, but the ArthroStim™ gives us a tremendous advantage, because with it, we can reset the proprioceptors as well make osseous and soft tissue adjustments with greater precision and consistency than we could possibly do manually.

KOCH: In preparation for our conversation, I spent quite a bit of time looking at your website, http://www.quantumneurology.com, and I must say that I found it fascinating. It seems to me that knowledge of Quantum Neurology® could add a whole new level of expertise to any DC’s repertoire, regardless of technique or type of practice.

GONZALEZ: Quantum Neurology® Rehabilitation is a tremendous tool for any chiropractor. It can be used as a primary technique, or a new and improved way of evaluating any patient’s neurological function and the effect of adjustments using any technique.

KOCH: I have a very personal interest in learning Quantum Neurology® because both I and my wife, Kiana, have had many injuries. She has had some serious injuries jumping horses as well as being hit by the boom of our sailboat, to name only a few.

I beat myself up pretty badly during the years when I was personally seeing over 100 patients per day. I’ve also had numerous injuries surfing, waterskiing and racing cars. That was when I thought I was 10 feet tall and bullet proof. It was a rude awakening when I found out that I wasn’t. My most recent injuries left me with meningitis and Bell’s Palsy. Needless to say, I am really interested in what you can do for cranial nerve lesions.

GONZALEZ: Bill, you and Kiana would both really benefit from Quantum Neurology® Rehabilitation. We relate to our environment first through our cranial nerves.

KOCH: That sounds good to me. How can I get started learning it?

GONZALEZ: That’s the really good news. I recommend first getting our instructional DVDs. They teach most of what you need to know. Then the hands-on seminars, to finish the job.